A blind date. Elli is cooking.

P and I sit in the agency together in front of their computer and staring intently at the screen. The customer has various correction requests for an ad layout and we persistently try to implement them - and to make the whole thing look good. Tricky, but there's something going on.

"What are you doing tonight?" Pam asks, increasing the headline to 31 points. I'm just wondering if we could maybe cut the text down nicely and answer lost in thought: "I have a blind date". "ACH?" Pam looks at me intensely from the side. I see it in her eyes - she thinks of the (my) husband and the (my) child. In the urge to immediately and permanently dispel any alienation, I spontaneously explain to her: "With a woman". Pam's eyebrows disappear under her pony. "A blind date with a woman ??" it echoes across the floor. Oh man, I think. "No, no, no - it's all different," I say. And think that I'm listening to myself like a red-handed protagonist from a Hollywood strip. I realize that I have to tell the whole story. Otherwise, the ad never gets done.

Well, it's cooking, of course. Or rather someone who cooks. To be quite precise: I meet "Elli kocht".

I recently stumbled upon Elli's profile on facebook. One morning three of my acquaintances "Elli boiled" liked it. When three people find something good that has something to do with cooking, you have to take a look at it. I did that and was flamboyantly flirtatious: 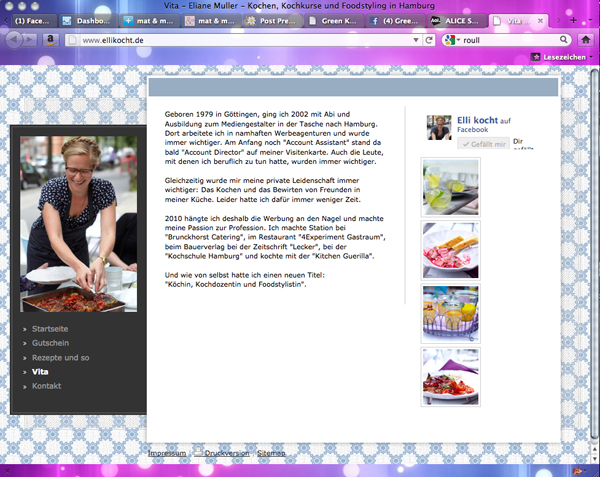 Eliane Muller - short Elli - has done what probably every Kochbegeisterte secretly dreams. After working at advertising agencies for many years, she hangs up her career and makes her "passion for the profession". Elli is cooking. For people, people and even magazines.

I'm intrigued! How brave, ambitious and exciting! For me it is clear that I have to get to know someone who has taken such an extraordinary step. I want to know how it all happened, how she felt and how she was doing. If she is happy with the decision. Without further ado, I send an e-mail to Elli asking for a meeting. After just a few hours, I have an answer and after another three mails is the "blind date". Meeting point is the "Night of Wonders" in the Deichtorhallen. Amongst other things, there is the odor bar of the Deutsches Museum für Additives (yes, that's what really exists) among the exhibits - a perfect starting point for two cooking fans.

I'm at the cash register right on time at 7:00 pm wait for Elli. Since she is already flitted through the entrance and looks exactly as on the homepage photo. We solve our tickets and head to the bar. 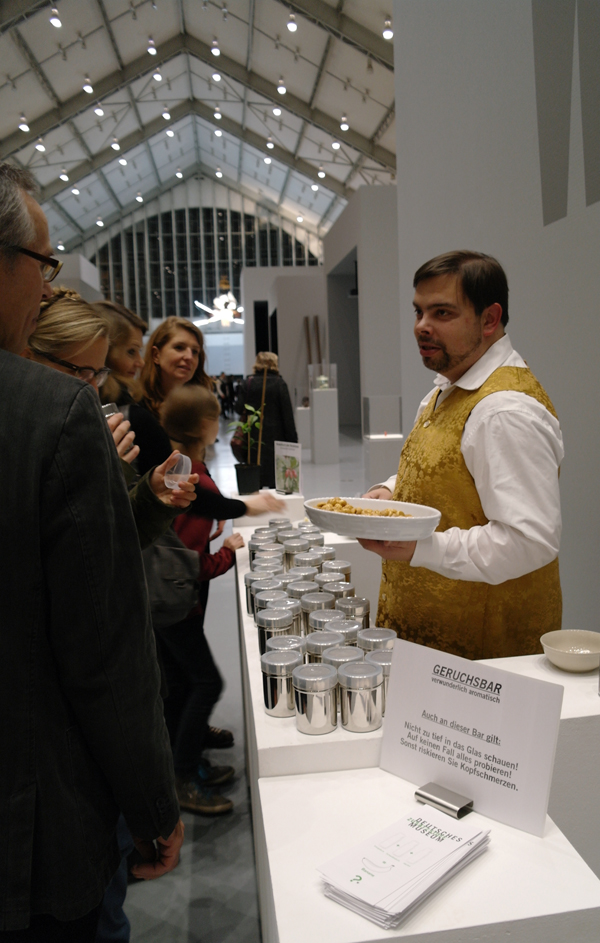 We sniff at the different cans, are appalled in part by the intense-angular smell we inhale and can not believe that all these "high-tech" features are used in our food. That's supposed to be pistachio? Umnöglich! And the Edam? Opened.

But there is one more highlight: Elli is eager to try one of the so-called "miracle berries". These berries are said to transform sour and pungent taste into sweetness after consumption. In America, everyone is already crazy about this (calorie-saving) effect. A feint or a marketing trick? We are curious ... try courageously one of the offered beauty berry sweets and suck bravely on it. In fact, after a while, a sweet taste sets in.All right, the berry drops work. Now we are curious how long the effect will last and what else happens to our tongues and palates. 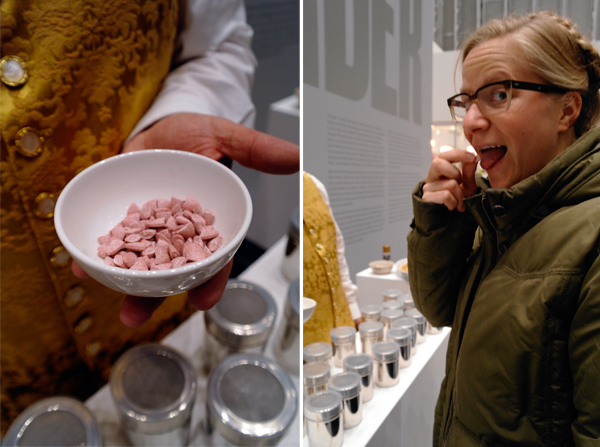 We'll take a look at the rest of the show, including the German master of magic tricks, find impressive installations, and put our faces on the head of each other in a photo box project. Funny! 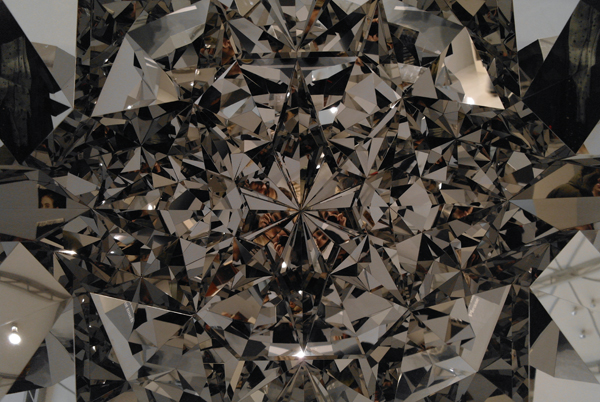 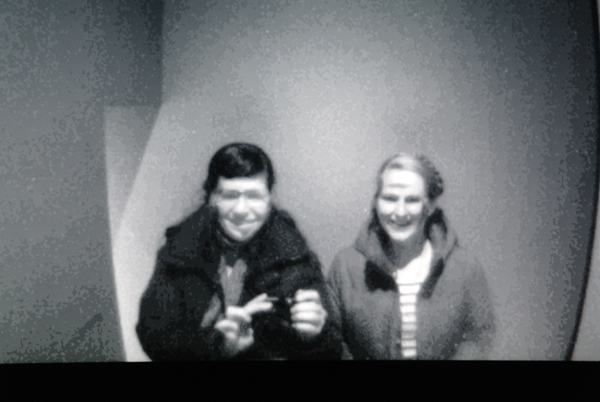 Finally, we take a leisurely stroll through the Fillet of Soul to chat over a glass of wine. The store is packed but we get hold of a table right by the window. Elli knows the waiter and half the staff and says that she almost did an internship here. Now I want to know the whole story. Our wine comes (according to Elli only the second best choice - the best was unfortunately not in the free serving), tastes because of the sweets slightly sweet but still delicious and Elli tells me about herself.

She has always liked to cook , And so much so that at some point she just went out of a crazy mood for the cooking casting for "Germany's master chef" by Sat1. There were selected from 1,400 applicants 100, who should participate in the cooking show. Elli was under it. She talked to her agency, Kolle Rebbe, who miraculously agreed to release Elli for the cooking show. After just a few episodes, Elli decided "I'm not going back - I just want to cook!" Round by lap, she has prevailed against her competitors, has again and again the jury (Tim Raue, Nelson Müller and Thomas Jaumann) convinced and finally stood in the final of the endowed with 100,000 euros show. Unfortunately, she did not win the money. But the firm conviction that cooking would have a very important place in their lives in the future. She wants to cook with and for people. 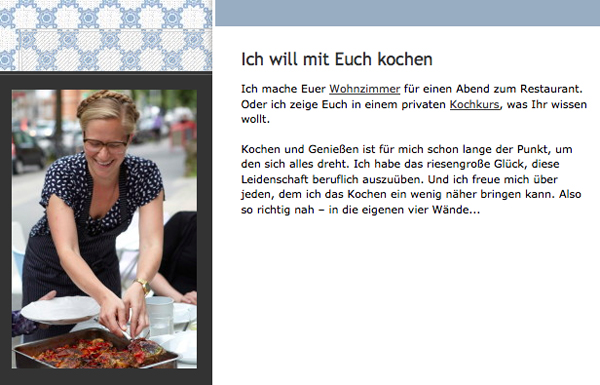 Elli systematically practices and initially does internships at large catering companies, cooking schools and restaurants. She simply appeals to the people in charge and receives a commitment to be a part of the team and to work for them almost every time. Sometimes for free, sometimes for a small salary. Finally, in late summer, she draws up a business plan and applies for her own business. Now it gets serious: Cooking now has to finance the livelihood. Elli tells me about the principles she has set for herself, about the amount of time she spends to put her dream into reality and also a little respect for her own decision on dark nights. One thing is clear: Elli is not a dreamer, she works hard and purposeful at their livelihood. Then, with glowing eyes, she talks about the cooking class she gave a few days ago for the leadership of a large corporation. 10 men and a woman. It went really well, everyone had a lot of fun and loved it. I have no doubt that Elli can direct 20 directors through a kitchen.

Then she shows me on her iPhone photos of a project that she has recently realized with a photographer friend. An exciting recipe line that was promptly bought by the women's magazine Freundin. She also worked on two dishes from the last edition of the effilee.She is just the woman for it.

By the way, we ended the evening with a few gin and tonic in the Q-bar in the neighborhood. But Elli had to leave early: a cooking class was waiting the next day.

Elli, thanks for the nice and exciting evening! You do it. 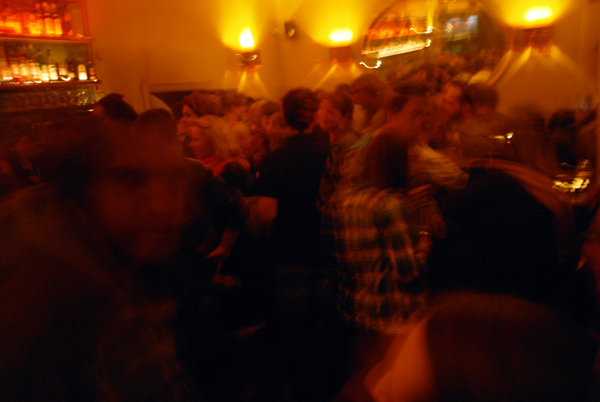